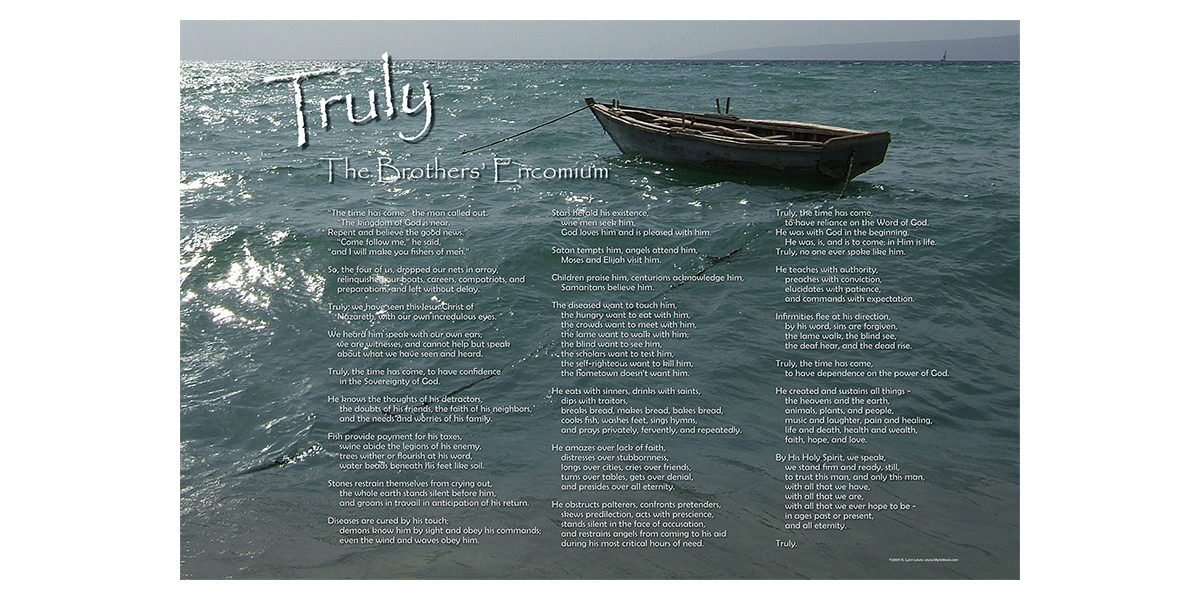 Encomiums, a form of ode originated by the Greeks, developed as an extended discourse of praise for victors of the ancient Olympics, which endured for more than one thousand years, starting around 776 B.C. and ending around 393 A.D. The winners of these quadrennial games were typically immortalized in poems, songs and stories. In an associated tradition, our modern Olympics often incorporate odes into ceremonies, and certainly, after the completion of the quadrennial Olympic games, our champions are immortalized on cereal boxes, in sportswear lines, and in commercials, and recounts of their memorable achievements contribute to media discourses for years.

Amidst the backdrop of the ancient Olympics, around 30 A.D. or so, two sets of brothers began following a man they thought might be the ultimate victor, the grand champion of all things.

This person, whom they believed might be the long-awaited Messiah and whose coming had been foretold in prophetic encomiums, invited them to follow him, which they did, for several years, until he was killed, resurrected, and ascended into heaven before their very eyes. They then invested the rest of their lives in recounting his exploits and explaining the significance of his actions.

This is a summary of their story – an encomium – about Jesus Christ.

“The time has come,” the man called out. “The kingdom of God is near. Repent and believe the good news.”

“Come follow me,” he said, “and I will make you fishers of men.”

So, the four of us, dropped our nets in array, relinquished our boats, careers, compatriots, and preparations, and left without delay.

Truly, the time has come, to have confidence in the Sovereignty of God.

He knows the thoughts of his detractors, the doubts of his friends, the faith of his neighbors, and the needs and worries of his family.

Fish provide payment for his taxes, swine abide the legions of his enemy, trees wither or flourish at his word, water beads beneath his feet like soil.

Stones restrain themselves from crying out, the whole earth stands silent before him, and groans in travail in anticipation of his return.

Diseases are cured by his touch; demons know him by sight and obey his commands; even the wind and waves obey him.

Stars herald his existence, wise men seek him, God loves him and is pleased with him.

Satan tempts him, angels attend him, Moses and Elijah visit him. Children praise him, centurions acknowledge him, Samaritans believe him.

He amazes over lack of faith, distresses over stubbornness, longs over cities, cries over friends, turns over tables, gets over denial, and presides over all eternity.

He obstructs palterers, confronts pretenders, skews predilection, acts with prescience, stands silent in the face of accusation, and restrains angels from coming to his aid during his most critical hours of need.

Truly, the time has come, to have reliance on the Word of God.

He was with God in the beginning, He was, is, and is to come; in Him is life.

Truly, no one ever spoke like him. He teaches with authority, preaches with conviction, elucidates with patience, and commands with expectation.

Infirmities flee at his direction, by his word, sins are forgiven, the lame walk, the blind see, the deaf hear, and the dead rise.

Truly, the time has come, to have dependence on the power of God.

He created and sustains all things – the heavens and the earth, animals, plants, and people, music and laughter, pain and healing, life and death, health and wealth, faith, hope, and love.

Forests of words, seasonally cropped on limbs upon limbs, and then dropped to the ground and scattered to the skies like leaves in a late autumn wind. Platitudes, raked into piles and burned, or bagged and thrown away, and remembered... 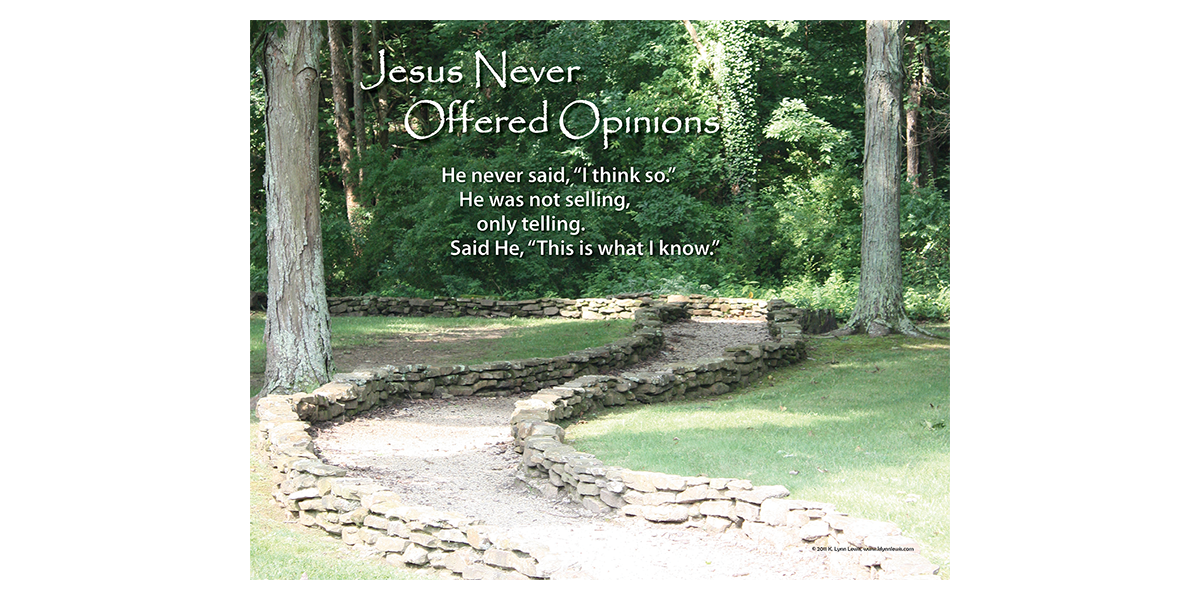