As another U. S. Presidential election looms, not every American citizen is thrilled about the prospective opportunity to vote. Although some excitedly look forward to pulling the lever or marking “X” for their preferred candidate, many others are dismayed at the present options and are still struggling with what to do – hold one’s nose and vote with hope and prayer, vote for the lesser of evils, or not vote for a president at all. Among those who consider themselves Christian, especially evangelical conservatives, the current dilemma seems particularly disconcerting, even maddening.

What about Scripture? Is there any wisdom or guidance might we find therein?

Just one preface notation. Not everything in the Bible is comforting. God-breathed and useful for teaching, rebuking, correcting, and training in righteousness (II Timothy 3:16), but certainly not always soothing in mind or spirit.

Now, it is true that qualifications for leadership in the church outlined in the New Testament are often the standards by which many of us also prefer to elect candidates for political office. In general, we desire our prospective leaders to be above reproach, with only one spouse, temperate, self-controlled, respectable, hospitable, able to teach, not given to drunkenness, gentle, not quarrelsome, not lovers of money, to have a good reputation with outsiders, to hold deep truths of the faith with a clear conscience, with spouses worthy of respect, temperate, and trustworthy in everything, and good managers of their children and household (I Timothy 3:1-12).

However, in America, government positions are NOT church positions. Rather, they are political positions imbued with influence and power no matter who serves in the role. Whether the most saintly person in the world or most evil person in the world serves in a particular political office, they have certain powers granted by their position, no matter their intentions, morals, personality, or record.

Certainly, the Bible chronicles the Lord’s intent and practice of selecting godly leaders, but are there examples of the Lord ever selecting ungodly leaders to serve His godly purposes?

Actually, if we truly believe that everyone except Jesus has sinned and fallen short of the glory of God (Romans 3:10-12), then every leader ever except Jesus – past, present, or future – has been ungodly to some extent.

But, has God ever intentionally placed or used an ungodly person in political power? Yes, according the Bible, a number of times.

After the prophet Elijah’s victorious confrontation on Mt. Carmel between Yahweh and the prophets of Baal and Asherah, he retreated 40 days and nights into the wilderness to Mt. Horeb in fear for his life. After receiving rest, refreshment, and encouragement from the Lord, this godly prophet received instructions to return and anoint three new leaders – his successor, Elisha, and two kings, one over the nation of Israel and one over the neighboring nation of Aram (I Kings 18-19). Elisha was certainly a holy man (II Kings 4:9), but both King Jehu of Israel and King Hazael of Aram were evil. Even so, the Lord selected them specifically to accomplish His purposes, and not only that, He instructed Elijah to anoint them on His behalf!

The prophet Isaiah mentions a future political leader by name perhaps as much as 200 years before that person rose to power as the King of Persia. “Cyrus is my shepherd and will accomplish all that I please; he will say of Jerusalem, ‘Let it be rebuilt,’ and of the temple, ‘Let its foundations be laid.’ This is what the Lord says to his anointed, to Cyrus…I summon you by name and bestow on you a title of honor, though you do not acknowledge me…I will raise up Cyrus in my righteousness” (Isaiah 44:28 – 45:13).

Indeed, all of this happened, just as Isaiah prophesied and as recorded in the books of II Chronicles and Ezra. Notice the Lord not only calls the future king Cyrus His “anointed,” but also that He plans to raise Cyrus up in His (the Lord’s) own righteousness, not the righteousness or unrighteousness of Cyrus.

The prophet Jeremiah indicates that the Lord also appointed the ungodly king of Babylon for His holy service. “I will send for my servant Nebuchadnezzar king of Babylon,” Jeremiah says, and then he lists all the things the Lord planned for the king to do on His behalf (Jeremiah 25:8-14; 43:8-13).

We also read in the Bible that these leaders receive both rewards and punishments for their services.

For example, in the case of Nebuchadnezzar:

In the case of the extremely ungodly king of Assyria, Isaiah notes, “Woe to the Assyrian, the rod of my anger, in whose hand is the club of my wrath! I send him against a godless nation, I dispatch him against a people who anger me…When the Lord has finished all his work against Mount Zion and Jerusalem, he will say, ‘I will punish the king of Assyria for the willful pride of his heart and the haughty look in his eyes’” (Isaiah 10:5-12).

Clearly God can and does use ungodly persons for His godly purposes. He also seems to justly reward and punish leaders as He sees fit according to their actions while serving in the positions in which they were placed.

For that matter, even Jesus selected an unholy person to serve as one of His twelve disciples – for a specific purpose that God had planned.

Regarding elections, Biblical wisdom might suggest considering God’s possible larger purpose(s) beyond the slate of candidates themselves.

After the debates, headlines, hypocrisy, mockery, scare mongering, secrets, speeches, “shocking new revelations,” and Tweet-wars, there will sit a person in an oval office in a chair with a pen, a bully-pulpit, and inherent power.

What might God want to do through that Presidential seat in our nation over the next four or more years? Whether punishment or reformation is the Lord’s plan for America, which party policies, political entourage, prospective appointees and team leaders seem most likely amenable to serving the Lord’s possible larger purposes, no matter how ungodly the leader at the top may be?

In the end, we can be sure that God will reward and punish EVERYONE as He sees fit, and leaders will most likely be judged most strictly (James 3:1).

Ultimately, God is sovereign over all. He can and will use whomever He wants to accomplish His purposes, possibly to our liking, but even to our disgust or horror.

Ultimately, we should hope not that we make the “right” choice in the voting booth and that our personal will is done, but that God leads each of us in doing His will for His glory and for His higher purposes.

Until then, study Scripture, pray fervently, serve hopefully, and have faith in God, even if the world seems like it is going crazy all around us.

We are not in Eden anymore, and not in Heaven yet. We are on a journey in-between. No matter who serves as President of the United States, Satan will continue to wreak havoc until this temporal world ends, and Jesus Christ was, is now, and forever will be Lord and Supreme Commander-in-Chief. 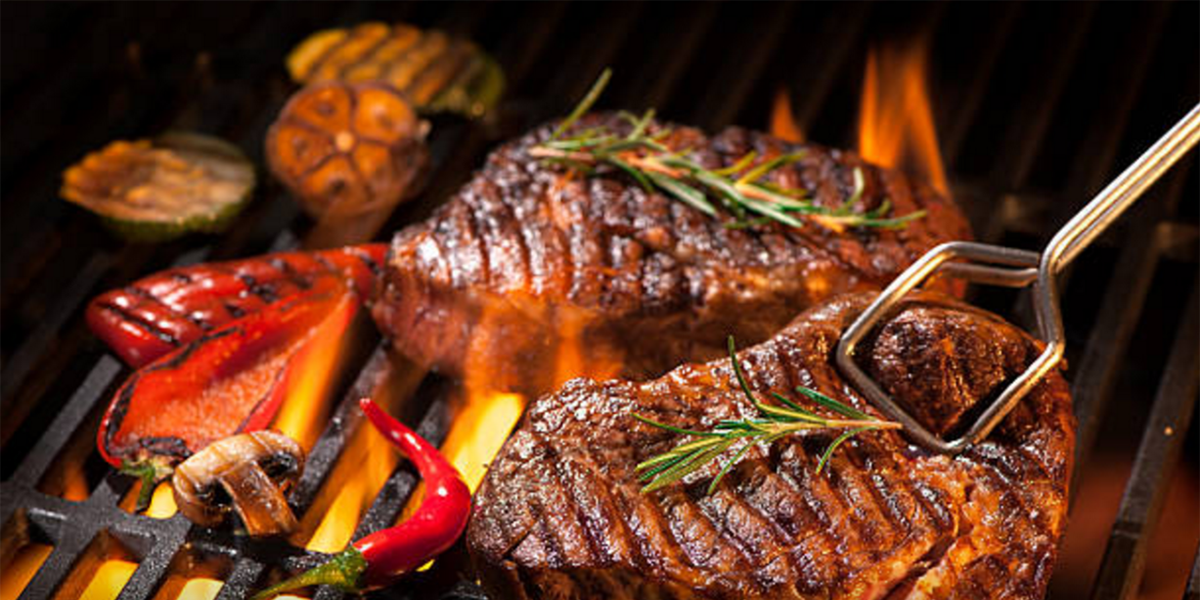 What’s On Your Grill?

I once toured the location of an old slaughterhouse and meat packing plant. On the back side, trucks brought in live cattle. On the right side, trucks lined up to pack in choice meats – filet, porterhouse, rib eye, sirloin,... 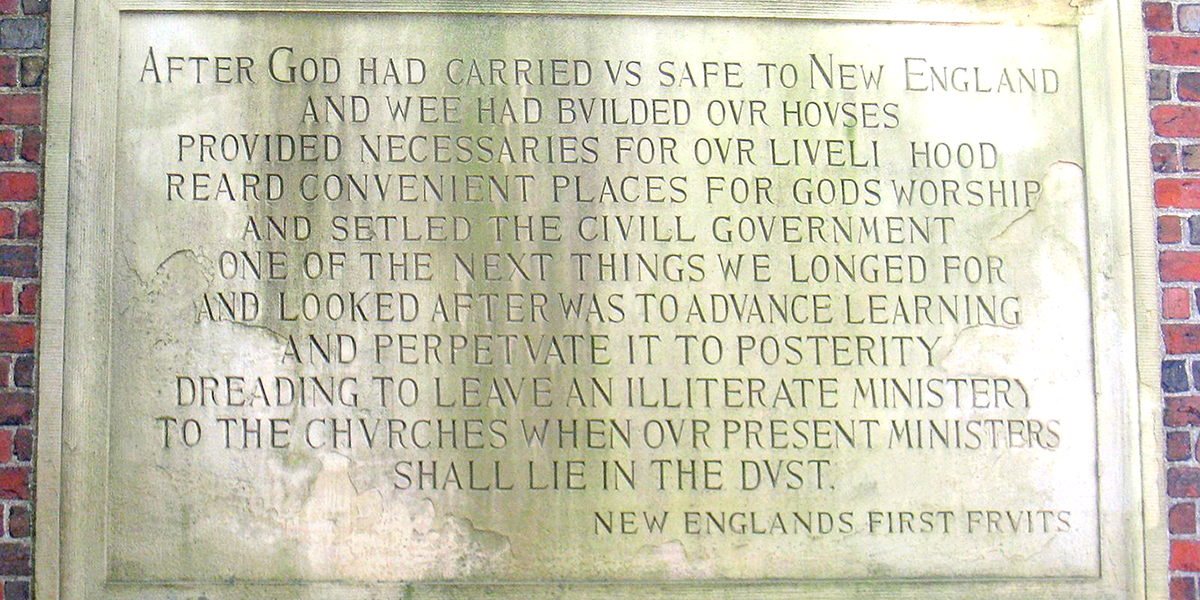