Does it really matter if Hillary Clinton is a liar? What about Bill Cosby? For years, he served an inspirational, revered role in American culture. But, the disclosure of his purported immoral private activities seems to have tarnished not only his good image, but the positive social ramifications of his formerly wholesome influence. But, why should what a person does in private have any bearing at all on their public reputation?

And what about the Dallas shooter who killed five policemen? The fact that he formerly served in the military, and then killed five people who took oaths – similar to him – to serve and protect, makes many people feel an unwary sense of betrayal. But, why is that?

And why would it seem somewhat ludicrous when his dad tearfully stated his earnest sorrow over what his son did and the family’s hope – which most parents understand – that their son not be remembered for his final acts, but for his previously good deeds serving his country. Of course, the violent actions he perpetrated during his last few hours will trump his entire life leading up to that point, and it is quite probable he wanted the capstone label he earned in so doing.

We writhe in irony when the same person who calls for a repeal of the 2nd Amendment and confiscation of privately owned guns is, at the same time, a movie star famous for using guns in high-powered action movies.

We shake our heads in disgust when a congressman with similar ideology deals in the sale of firearms on the side, or uses their own gun to defend themselves or their family when attacked in their own home.

But, why do we have any negative feelings at all about such people? Why can’t people who lecture others about taking personal responsibility for climate change also jet all over the world and contribute many times more CO2 into the atmosphere themselves than most of those they are lecturing combined?

Why are we incensed when a child care worker is revealed to be a child abuser, or a healing doctor an aberrant harmer, or social injustice protestors also perpetrators of crime and injustice? Is it really a problem if a superior insists on employee timeliness, but is habitually late themselves? If sexual immorality and lying are wrong, what difference does it make if a preacher, parent, or leader who publicly preaches and teaches those good messages is privately a liar and sexually immoral?

After all, isn’t truth truth, and truth still truth even if a messenger of truth acts hypocritically?

Consider water. If clean water is transported from a clean water source through clean pipes, what comes out on the other end is still essentially clean water.

But, if clean water is transported through contaminated pipes, yes, water is still water on exit. But, the contamination may render it unfit to use at all, depending on the level of contamination.

Similarly, it seems messages can be tainted by messengers. Some might argue that words are not water and people are not pipes, and messages cannot be corrupted by corrupt messengers. But, given the naturally negative reactions of most people when hypocrisy is discovered between a message and a messenger, the excuse of hypocrisy as irrelevant does not ring true.

There seems to be a foundational element of integrity built into the core of humanity. Since the dawn of civilization, an intrinsic principle of justice is plainly evident in most cultures.

But, is not truth bigger than any messenger? Perhaps, but the negative impact of some messengers can thwart the potentially positive import of their messages.

For example, the Gospel of Jesus Christ, supposedly the greatest good news of all time, has been seriously tainted throughout history by the hypocrisy – and even suspected hypocrisy – of sinful messengers. Though the central claimant was apparently sinless, which seriously bolsters his claims way above and beyond all others, this has been overshadowed by people who claimed to be His followers, but who lacked integrity.

In many cases, although an original message and messenger may have initially fostered faith, healing, hope, and trust, revelations of hypocrisy among followers or proclaimers often generates unbelief, injury, despair, and distrust.

The revelation of hypocrisy can turn accolades into anger, joy into sorrow, and former inspiration into fuel for fury. Not because the message has changed, but because the messenger has poisoned it.

Mind Over What Matters

Hypocrites tend to subjectively discount this objective truth, and will generally fight for the right to tell others what to say and do, or not say and not do, without feeling an overwhelming need to sincerely exemplify their words with message-consistent personal actions.

They generally attempt to discount protest by blaming others or minimizing. For example, they may claim conspiracy, that others are creative liars, that focusing on them is a diversionary tactic by their enemies to hide the real issues. They mock facts, lampoon antagonists, chastise scrutinizers, and say things like “My private life is personal, confidential, and irrelevant,” “Just let it go and let’s move on,” or “What difference, at this point, does it make?”

Hypocrites cling to the idea that it is okay to say one thing and do another. They divorce policy from practice, live comfortably with juxtaposed dualities, and believe consistency within fragments of their own minds equals integrity.

This behavior is usually rooted in arrogance and self-centeredness. Hypocrites often appoint themselves proactive advocates, and seek personal gain by waving flags in whatever directions they think will grant them favor and move them toward increasing fame, fortune, and power.

In pride, cloaked in false humility, hypocrites will often assert that they are not perfect, and usually feel compelled to add that none of us are. They typically add that reminder because, underneath, they are actually arrogant, deceptive, irresponsible, and self-centered, and they favor diversions away from their actual private conduct in favor of their preferred public persona.

This arrogance is often rooted in a stylized self-image that includes varying degrees of a messiah complex. Hypocritical leaders typically think of themselves as inimitable providers, and valiant protectors of truth. They imagine they actually care about others, and commit themselves to public words and actions they deem practically helpful.

But, deep down, they often honestly believe they are better than others because at least they are willing to do something, willing to take personal responsibility for their causes, and even willing to sacrifice themselves for the greater good.

The irony is that hypocrites often do great evil while purporting to do good. Ultimately, they also condemn themselves by their own words and actions. While claiming to right injustice, they say and do the same type of things they condemn others for saying and doing.

For example, race relations in our nation remain problematic because some who claim to be angry at how they and/or others have been unjustly treated, advocate similar injustices on others. They equate revenge with justice, and become themselves what they say they hate and are supposedly fighting against.

However, true justice rests on a bedrock foundation of authority, differentiation, standards, and accountability, and consists of a mutually respectable framework of balance, due process, integrity, and reciprocity. Arrogance, deceit, hypocrisy, revenge, and self-centeredness are not friends of the house of justice.

Practically, hypocrites can exempt themselves, via their own hypocrisy, from certain platforms and positions. Their message may indeed be true, and the needs of others critical, but the hypocrite cannot rightly serve, certainly not while they are still hypocrites, and maybe not ever.

For example, King David had it in his heart to build a temple for the Lord. However, even though the Bible notes that he was uniquely a man after God’s own heart, God refused to allow David to build the temple because he had blood on his hands. God deemed David unclean, unworthy of that particular task, even though David was willing and able to do it. Instead, he chose David’s son, Solomon, to accomplish the task.

On the other hand, the writer of many books in the New Testament was called to serve the very same Messiah and help the very same people he formerly persecuted. But, he was no hypocrite. The Lord changed him from Saul the persecutor to Paul the Apostle by completely transforming his mind and spirit.

Similarly, just as a water system that is contaminated or corrupt either needs to be renovated or replaced, true hypocrites either need to step aside, or genuinely change.

In the Judeo-Christian religion, true transformation is described in terms of repentance, conversion, and sanctification.

The fruit of genuine transformation is that we no longer ARE what we once WERE. We acknowledge our own sins without excuse, blaming, or diversion. We see the light, come to terms with our own wretchedness, and turn away (“repent”) from our former ways. We reject them, and repudiate them without sugarcoating or seeking to diminish the consequences of our actions.

We evidence renovated/replaced attitudes and behaviors, not for show, but because that is who we now are and are continually more becoming. We realize that we have a Messiah and Lord, and we know that we are not Him; that the sins of others do not justify our own; and we understand that making claims or expecting things of others, without also practicing what we preach, is unacceptable.

Ultimately, hypocrites cling to the idea that it is okay to say one thing and do another. They divorce policy from practice, live comfortably with juxtaposed dualities, and believe consistency within fragments of their own minds equals integrity.

But, outside the mind of hypocrisy, in the real world, actual integrity matters. Words and actions, in public and private, ought to harmonize with a person’s true essence.

Testimony should always correspond with known and undisclosed facts whether a person is under oath or not.

And, to avoid confusion, embody truth, form a more perfect union, establish justice, insure domestic tranquility, promote the greater good, and secure the blessings of liberty to ourselves and our posterity, contents should always match labels.

Transformation through the Word of God and the work of the Holy Spirit Christians act weird sometimes. They hold hands and hug at protests, even during a global pandemic, while taking turns talking out loud to someone they can’t see... 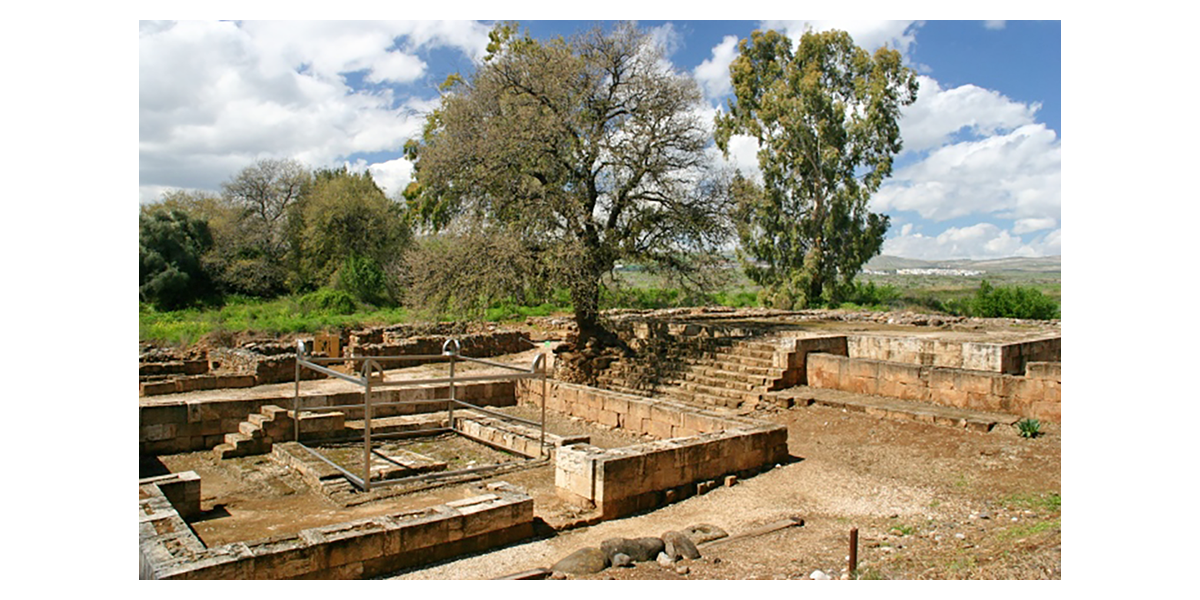